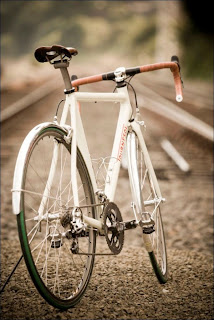 Recently I did an interview with a writer from one of the print cycling mags – I can’t say which magazine but let’s just assume it rhymes with “Goad”. Anyhow, we were discussing the parallels between building bicycle frames and working in restaurants, which I did for many years before my present gig. As in a restaurant, we have a menu here – we don’t run “specials” as such but we happily build things that aren’t actually on the menu. So maybe our current menu consists of those frames we feel the best about and fit what we do better than the other options – but occasionally it feels like we offer too many choices and something needs to go.

With these points in mind I’m thinking it makes sense to trim the Gran Paradiso menu, shedding the Spiritus and XCr options. Spirit we like because it allows us to build a nice, light steel frame, and we like the shape of the faceted tubes. At the same time, Columbus Life tubing with its cylindrical shape (and use of the same alloy as Spirit, Niobium) is calling us and it allows us to build almost as light a frame – within grams – as the Spirit. However, the tubes will be stronger/more dent-resistant given their shape and a cylinder will be easier to hold in a fixture compared to the shaped tubes. 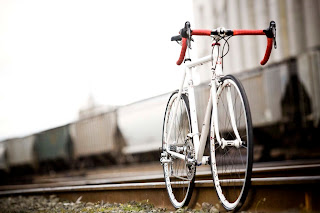 Additionally with La Dolce Vita, as we’re calling the Life-based frames, we have the option/feature of using the Chris King/Pegoretti D-11 headset. More on that here and in a future post but let’s just say for now the slightly larger (+ 4-5mm) head tube allows us to get a better fit when using a 38mm down tube which is a good choice for the big guys. When a 35mm down tube is used we don’t need the D-11 head tube but it will be nice to have one frame that works for almost any size rider.

With XCr stainless (similar to Reynolds 953) we have a frame that is essentially built from steel – very strong steel, but still steel. It rides like a steel frame, weighs like a steel frame, and may or may not develop surface corrosion depending on the composition of your sweat and where you live. Additionally, the tubes can be hard to come by, the stuff is a pain to cope and machine after welding, and it’s difficult/impossible to repair after a crash. And once we paint it the frame ends up being within the price of a nice dinner to our titanium frame – which is lighter, stronger, and easier for us to build. 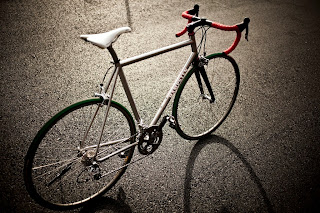 So to set the record straight I’m not hating on Spirit or XCr – we’ve sold several lately and they look and ride great – but as this is the beginning of a new year it seems like a good time to do some house-cleaning by narrowing our focus and reducing the inventory we need on hand. And if you really want one of these frames we’ll do it – it’s like going off the menu at a good restaurant. Easy as pie.