In our little fantasy world, we’re bringing back Team 7-Eleven – here’s a sneak look at the bikes they’ll be riding in the Monte Paschi Eroica: 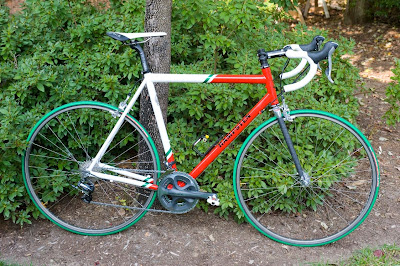 Zombies are on the rampage, gasoline is unavailable, all bicycles must be fast, rugged, and able to carry needed supplies – and it never hurts to be stylish. Here’s how good customer Yash deals with this latest crisis: 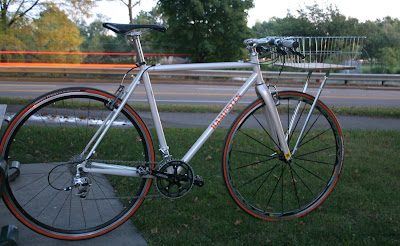 Henry loves his bike, here’s what he says:
Hi Steve,

I purchased a bike (Tour de Suisse model with custom paint job… a beautiful burgundy) back in early 2005 and had you ship it out to me as I moved during the process to Colorado. I thought I’d give you a little feedback on the bike:

I’m not a hammerer, I’m not a hill climber, I just ride the thing in century rides. I belong on a team of mostly racers and have gotten compliments on the bike at every event (even now after almost five years!). I did my first race this year (road race/hill climb) and while I didn’t win (22nd of 64), I had a blast and am planning on competing next year (not sure I want to scatch it in the crits though!). Meanwhile, doing the Triple Bypasses and the Ramrods and loving it.

I was just buying a track bike today as I’m liking the velodrome here in Boulder, but even as I was excited about getting the new bike, I seriously doubt it’ll give me as much fun as I’ve had on my Hampsten (well into 20,000 miles on it) and thought I’d just let you know.

That didn’t suck, did it?

Finally, atmo and The Lovely Deb, flying the colors: 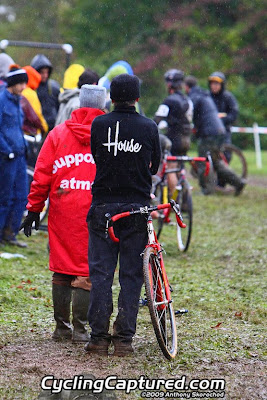