Blog
You are here: Home1 / Blog2 / Fermaguaina3 / Andy in Columbia

“Cycling coverage in Colombia during the 1980s was exhaustive. The nation was absolutely mad for the sport, and the press was happy to provide the necessary content to get high ratings, and sell newspapers. As knowledgeable as Colombian fans were (and still are), we have always been a rather dogmatic bunch. Our patriotic mindset was so hardwired when it came to the sport (for reasons I’ve explained before), that Colombian fans simply didn’t follow or develop deep connections with riders from other countries. They respected them, and honored them (particularly when they rode in Colombia), but those they connected with were always Colombian. The struggle of the Colombian cyclist mirrored their own, so to see themselves in anyone else was impossible. There was always an exception to that rule, however, and that was Andy Hampsten. That exception remains alive to this day.” 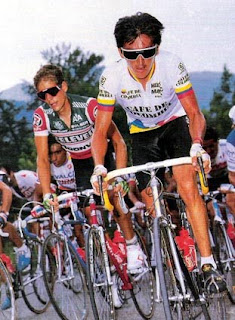